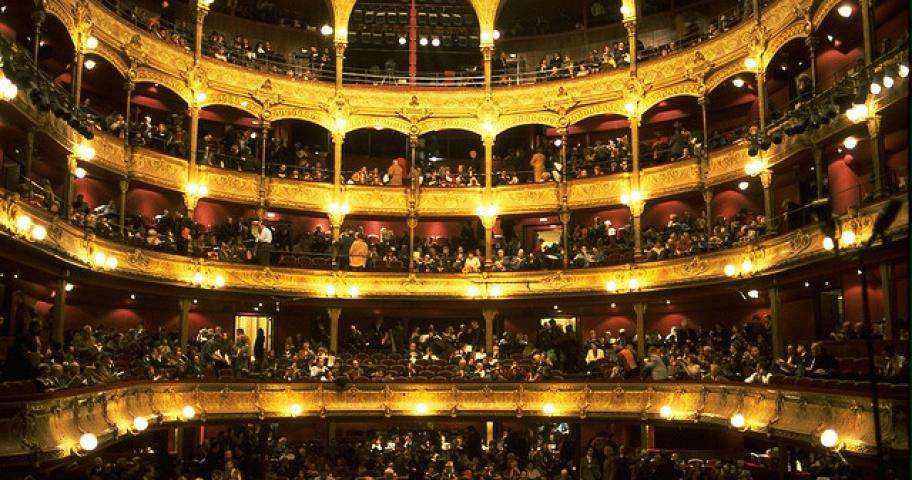 The history of the Théâtre de Paris

Good news! The summer sales begin at the end of June. And they’re on from 28th June to 8th August, long enough for you to satisfy all your desires. A tribute to the Théâtre de Paris also takes place during the summer. Established in 1730 and rebuilt and restored many times, it still hosts audiences who enjoy classic theatre as well as modern plays and entertainment.

The unique history of the Théâtre de Paris

A festive pavilion, an amusement park, an ice-skating rink before it was named the "Nouveau Théâtre" in 1891, the venue only became the “Théâtre de Paris" in 1918. The Nouveau-Théâtre’s first director, Lugné-Poe introduced Parisian audiences to Ibsen and Strindberg before it was taken over by Rejane who presented Maeterlinck’s “Bluebird”. Leon Volterra invited Pagnol to put on his trilogy, while Robert Hossein opened the doors to musical theatre and operetta. Today, classical theatre, contemporary plays and comedies are equally successful. Now appearing: Eric Fraticelli's “Clan”, about a team of gangsters overwhelmed by events and “La Garçonnière”, a delightful comedy by Billy Wilder.

Department stores, neighbourhood shops, bookstores, toy stores, the sales are everywhere. Six weeks of retail madness - that’s summer in the heart of the capital! Department stores on Boulevard Haussmann such as Bon Marché and the Bazar de l'Hôtel de Ville are delighted to welcome you with their best bargains. Ready-to-wear, furnishing, tableware, you’ll find everything you need in-store. Alternatively, take a walk along the narrow streets of the Marais, Saint-Paul and Place des Vosges. A treasure trove of designer furniture, designer clothes and even toys is waiting to be discovered. Passy and the Latin Quarter are both very pleasant during the sales season and, as for the capital’s bookshops – they’re impossible to avoid!