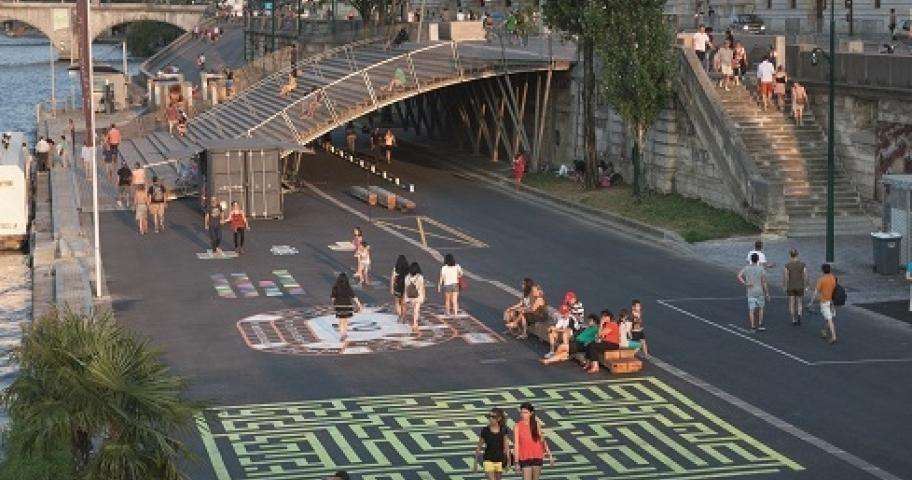 Published on 15 June 2014 in Entertainment

Paris river banks are beautiful places, some of which are a World Heritage Site. Last year saw the opening of the Berges de Seine. This stretch of pedestrian-friendly river bank between the Louvre and the Eiffel Tower offer plenty of activities including, from July 5th to the 12th, the magic of the movies. Offered as part of the Paris Cinema Festival, an open air cinema will offer a new and atmospheric way to enjoy a film or two, or several! At dusk on Saturday, July 5th the festivities will be launched with the unveiling of the highly anticipated giant Ciné-Karaoké.

The open air movies will be just one aspect of the wide ranging Paris Cinema Festival, however. Launched in 2003, this occasion has become one of the cinema world’s major events. This year will feature 600 screenings featuring all genres and styles, more than 450 feature films and 200 special guests. The venues are spread far and wide across the city, almost 20 in each arrondissement, and entry to many screenings will be either free or at special reduced rates. There will be premieres, with directors, casts and crew available for question and answer sessions afterwards, and showings of many classic movies on new or restored prints. This year will also honour the diversity and astonishing wealth of talent to be found in French movies. This is your opportunity to see some new releases and old favourites and discover some unjustly neglected obscure masterpieces or cult cinema gems.