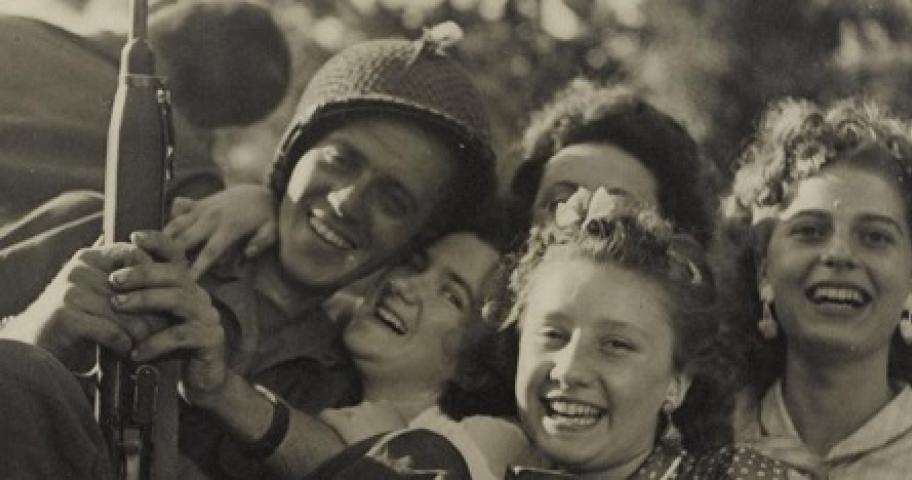 Paris Freed, Paris Photographed, Paris Exhibited is a fascinating new exhibition on view until February 8th at the Carnavalet Museum, just 20 minutes from the Hotel Les Théâtres. On the occasion of the 70th anniversary of the Liberation of Paris, this is a timely reminder of the joy of freedom from oppression and of the sacrifices that make it possible.

Commemorate the Liberation of Paris this summer

On August 25th 1944 General Leclerc’s 2nd Armoured Division rolled into Paris, clearing the Nazi oppressors from the west of the city while the 4th U.S. Infantry Division swept through the east. The Liberation had begun in the previous days with an uprising by the French Resistance and ended when the occupying German garrison surrendered. Hitler had vowed to destroy Paris, but in the end he was not capable of bringing the proud city to her knees. General Charles de Gaulle, President of the Provisional Government of the French Republic, made a stirring speech to mark the occasion.

The following November Francois Bouché, a former member of the Resistance, assembled an exhibition to celebrate this momentous event, and this was hugely popular. The current exhibition draws inspiration from this pioneering effort and presents a look back at the Liberation using archive footage, photographs, filmed interviews with eyewitnesses and more. It demonstrates how both individual and collective memories were formed and subsequently interpreted, and sheds fresh light on this pivotal moment in French history. It is always important that we remember those courageous souls who fought back against tyranny, and remain ever vigilant in the protection of our freedoms today.

For all requests relating to your stay, please contact reservation@hotellestheatres.com

During this period, all stays will take place at Les Plumes hotel where reservations made on this site will be transferred.