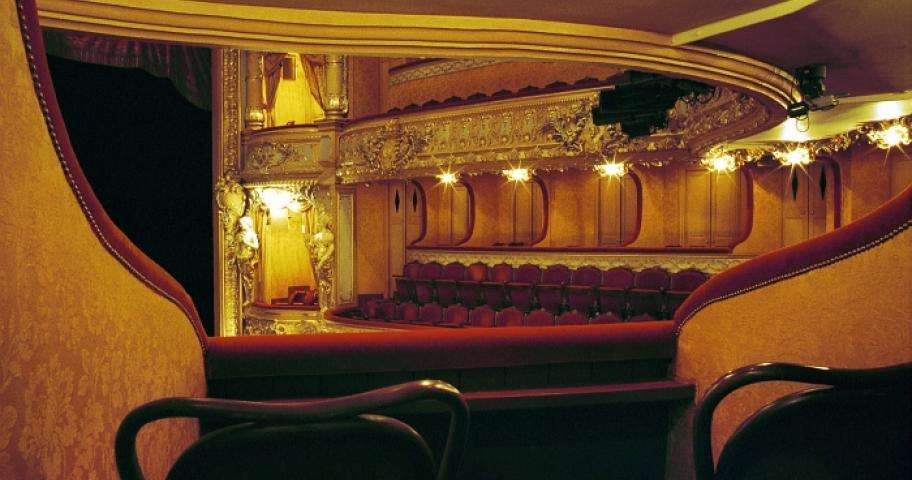 Our hotel’s name, Hotel Les Théâtres, has rarely been more relevant than it is during this October news presentation. That’s because two of the three items we are recommending for your attention this time round are very firmly tied into the world of Parisian theatre. So join us please as the lights dim, the audience grows quiet, the curtains part and the spotlight shines on our tips for making the most of Paris this autumn.

Paris boasts a well-earned reputation for presenting superb theatrical productions. However, it must be admitted that the fact that the majority of such productions are, naturally enough, presented in French has long been a barrier to those who do not speak the language. A new initiative launched by a dynamic new company aims to change all that and make the world of the Parisian stage more accessible to English speaking audiences. Instant, real time translation is the key and you can read more about it below.

Taking a break from the theatre for a moment, we draw your attention to an event guaranteed to quicken the pulse of wine connoisseurs everywhere. The time is here for the ninth edition of the annual Grand Tasting, a show that is rapidly becoming one of the premiere events of its kind in the world.

It’s back to the world of theatre again for our final item. We are pleased and proud that the stage musical event of the decade is being premiered in Paris before it opens on Broadway. An American In Paris debuts soon at the Théâtre du Châtelet.

If you don’t speak French and so feel that you are missing out on the excellence of the theatrical experience in Paris, then you need feel excluded no longer. The innovative new company Theâtre In Paris have the solution. They provide an introduction to the play in English, as well as an English language programme. Best of all, you will be carefully seated to have the best view of the translation of the dialogue that is provided in real time on a screen above the stage! The translation is written by specialists in the theatrical arts, to maintain optimum quality.

If you are a wine enthusiast or have a professional interest in the viticulture and wine industry, then Le Grand Tasting should be your major port of call in Paris during the weekend of November 28th and 29th. Taking place within the state of the art exhibition centre facilities of the Carrousel du Louvre, this essential wine tasting event is now in its ninth year. Under the expert guidance of Michel Bettane and Thierry Desseauve, the supremely high quality is maintained each year, with such events as the Master Class, Ateliers Gourmet and Ecole des Terroirs proving hugely popular.

An American in Paris; premieres in Paris!

The 1951 MGM movie musical An American In Paris proved to be a massive hit and is still popular today. Now it has been reimagined as a stage musical and the world premiere is to take place in Paris. With music and lyrics by George and Ira Gershwin and choreography and direction by Christopher Wheeldon, this production is set to be a box office smash. It opens on November 22nd at the Théâtre du Châtelet, prior to beginning a run on Broadway, and is fully expected to duplicate and even surpass the charm and magic of the original film.